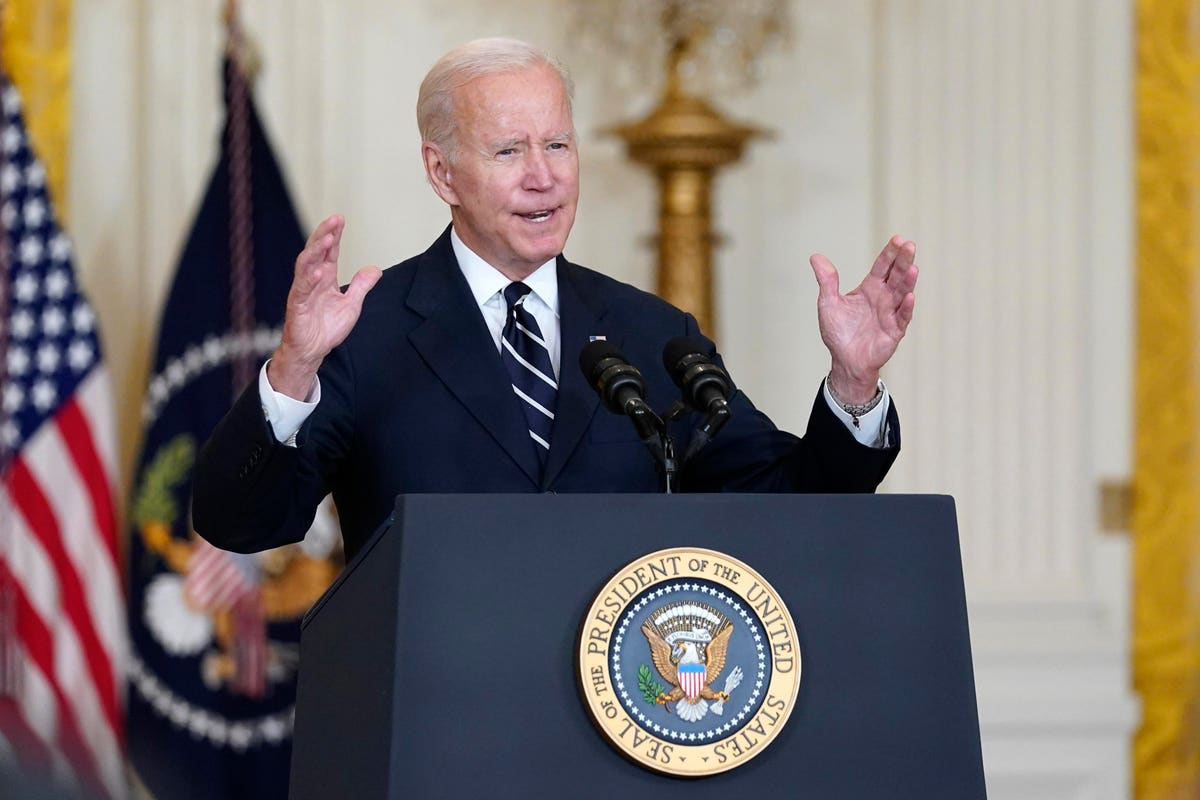 Yesterday, the Biden administration unveiled its new iteration of the “Build Back Better Bill,” proclaiming that it is “fully paid for.” But this is far from true.

While it has indeed reduced the overall scope of spending, eliminating such programs as paid leave and Medicare dental benefits, and trimming the scope of other benefits, the administration’s claims that the plan is “paid for” are not remotely credible for the simple fact that so many of its programs end after 6, 3, or even only 1 year, but are funded with 10 years’ worth of tax increases.   The Committee for a Responsible Federal Budget has compiled a list:

The CRFB calculated that expanding these benefits over the full 10 year window would more than double the real cost of the bill — but most news coverage fails to mention these expiration dates, or fails to remark on their significance, focusing instead on the political machinations or mentioning what’s in, what’s out in single-sentence reporting, such as in this coverage at the New York Times, which simply reports that

“provisions to provide universal preschool for more than six million 3- and 4-year-olds and subsidies to limit the costs of child care to no more than 7 percent of income for most families would offer a significant boost to the middle class.”

Are the Democrats taking it for granted that political pressure will keep these programs going, and that their successors will be obliged to either find new tax revenue or finance them with deficit spending, or are they simply indifferent to what happens one year or six years from now?

And what’s even more maddening is that the Democrats have treated this as something of a smorgasbord, in which they are loading up their plates for a first go-round now, but will go back up to the buffet later for the items they had to forego the first time around. Family leave, expanded Medicare benefits, Social Security expansion, SSI increases, and free community or four-year college are only the elements of the wishlist that come to mind, but there is, of course, more — and beyond this Democratic Party wishlist, there are key, fundamental budgetary issues that will need to be resolved, namely, the coming Medicare Part A Trust Fund depletion and, a bit later, the Social Security Trust Fund depletion.

Which matters more: providing $300 per month per child to nearly all taxpayers, or providing dental benefits to Medicare recipients?

Which should have greater priority: paying child care workers the same wages as elementary school teachers, or ensuring that Social Security is solvent?

And the poor design of some of these programs compounds the program. For example, in the subsidized child care program, each state would calculate a payment rate deemed to be equal to the “cost of child care” and providers may neither charge parents amounts in excess of their copay nor give them a discount or rebate. (In this respect, it’s quite different than the ACA for healthcare, where subsidies are based on the average “Silver” plan cost and recipients can shop around for the price and coverage that suits them best.) Will the state calculate the cost “correctly,” or will they overshoot and give providers unintended profits, or will they be stingy in their calculation because of state cost-share requirements, putting providers out of business? In any event, the legislation requires that child care workers with credentials and education similar to elementary school teachers be paid equivalently, which will cause costs to explode — along with other determinations of “quality,” this could more than double costs not just for parents who don’t qualify for subsidies, but for the government, where every dollar spent on these subsidies is a dollar that can’t be spent on some other program of equal importance.

And that’s just one program, which I happen to have read the full details on. What else is in there?

To be sure, there are far too many Democrats (and, yes, Republicans before them) who simply believe there are no trade-offs needed, except in the pragmatic, political sense of passing legislation, that we can indeed “have it all” — have all the social welfare spending programs they desire, funded through their “tax the rich” rallying cry or by ever-increasing deficits.

All of which means that we desperately need people to call the Biden administration out when they continually, preposterously, make this “fully paid for” claim, because the American people should not stand for being lied to — but the plan’s funding and its expiration dates seem to be the furthest thing from the minds of even those following the bill.

The Board Certified Coach (BCC) credential is a mark of distinction for credential holders and a source of credibility for their clients. As a BCC (Certificate No. 1669), I have met professional coaching competency standards established by CCE and subject matter experts.

I am also a member of the Retirement Coaches Association (RCA). For more information about Eikon, see the Contact page.

Eikon Coaching Services will collect and use your personal information in accordance with the privacy policy posted on its site. Every effort has been made to provide a secure experience when interacting with this site and your coach.

If you are currently feeling suicidal or are in immediate crisis, call 911 or other emergency number at your location. You can reach the National Suicide Prevention Hotline in the United States by calling 1-800-273-TALK (8255).

Befrienders Worldwide also offers crisis services throughout the world. You can search by your country of origin at their site for crisis lines.